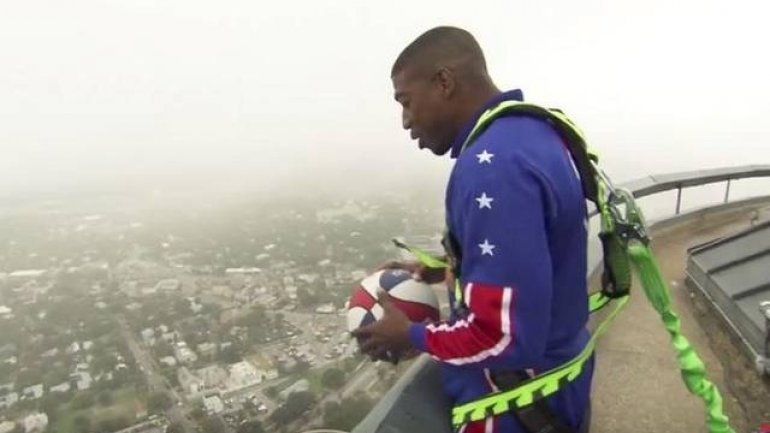 The Harlem Globetrotters are set to launch their new tour in Texas later this month, but they recently stopped in San Antonio to celebrate a new national day, writes ksat.com.

Tuesday was officially declared “World Trick Shot Day,” and in honor of the day, the Globetrotters hit an amazing shot off the Tower of the Americas.

Globetrotters star Buckets Blakes nailed the shot off the roof of the Tower of the Americas. It was measured at 583 feet and 8 inches.

The Globetrotters begin their tour Dec. 26 in Houston. They will visit San Antonio on Dec. 29 and perform twice at the AT&T Center. Click here for ticket information.

Harlem Globetrotters star 'Bucket' Blakes tries a trick shot from the top of the San Antonio Tower in Texas. pic.twitter.com/vXB4dZA22M