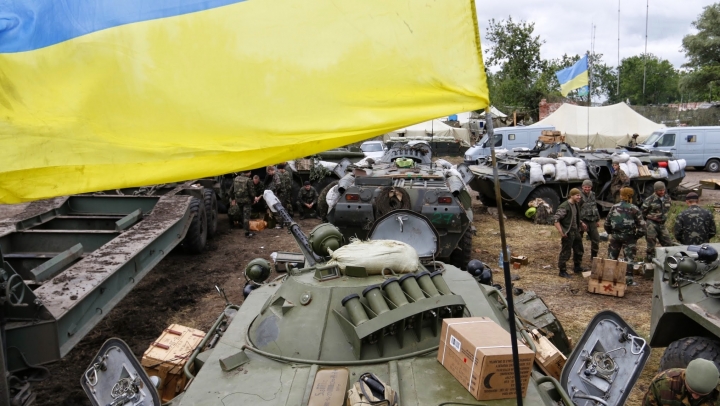 The process of withdrawal of both Ukrainian and Russia-backed militant forces from the contact line in Donbas is carried out, but slowly and problematically, and may bring new threats, Ukrainian politicians fear.

The Trilateral Contact Group working on settlement of the conflict in eastern Ukraine has reached a framework agreement on withdrawing troops and heavy weapons from a demarcation line in Donbas on September 21.

The covenant provides for the withdrawal of forces at three key sectors in eastern Ukraine. The document was signed by Ukraine's representative Leonid Kuchma, OSCE special representative Martin Sajdik, and Russia's Boris Gryzlov in a name of militant groups.

The deal bans troops from both sides from entering the three areas each of which comprises four square kilometers (1.5 square miles). These are Stanytsia Luhanska and Zolote in the Luhansk region, as well as Petrovske in the Donetsk region. All of them are important from the humanitarian point of view, former Prime Minister and Defence Minister of Ukraine, Yevhen Marchuk explained.

According to him, if the first experience is successful, there will be a dozen or two more areas to be cleared of troops in order to gradually complete the process of withdrawal of forces along the whole front line, which is 426 km.