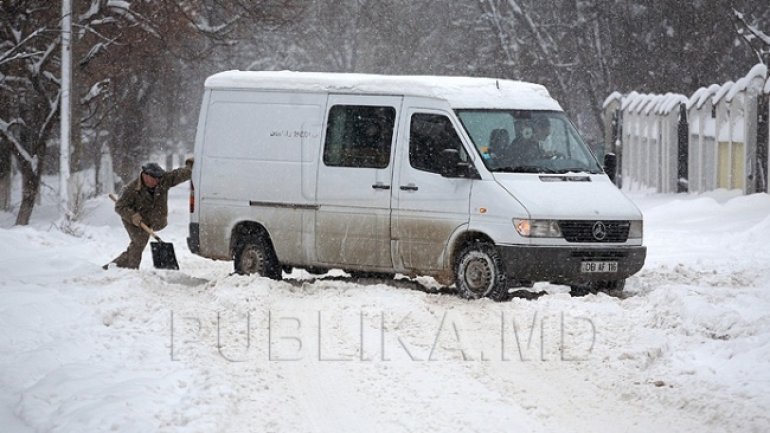 Another hard day for running on the roads from Moldova’s south and center. Hundreds of people have been rescued from snow banks, as the road workers keep steadily working to clean up the motorways drifted with snow.

13 national roads and 33 localities remain blocked as this story is posted.

The most difficult situation is reported in the districts of Cantemir and Cahul.

Over 150 vehicles, including three ambulances, have been taken out of snow.

8 car accidents have been recorded for the last 24 h, as people suffered traumas.

The trucks are not allowed to pass through the customs points at Tudora and Palanca.

Many drivers got stuck in snow drifts, because they neglected the police’s warnings.

About 500 road workers and rescuers have been mobilized to cope with the bad weather. They were joined by about 900 police officers.

After a relatively calm period, now the north of the country is being hit by snow and blizzard.