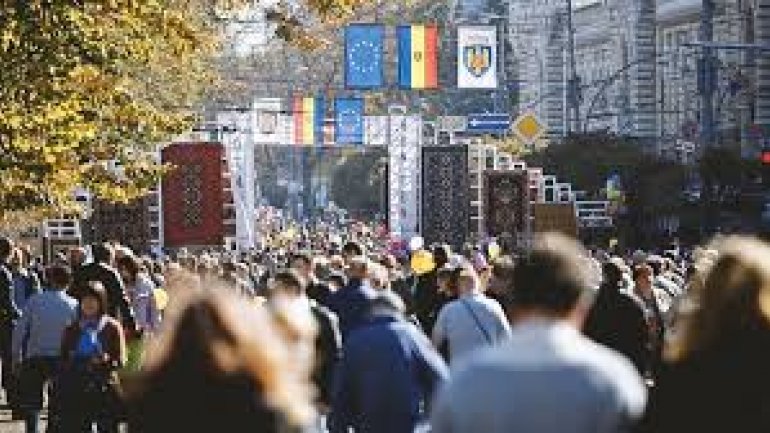 Regardless of the weather outside the center of Chisinau will be full of people at its celebration. Authorities and artists will perform in the center of the capital and urged people to attend the event. Even if this year there will not be fireworks, organizers assure of diverse events.

The feast will be open by several bands of famous dancers. Residents are invited to the inauguration of the Waterfall Ladde in Valea Morilor Park near the lake. There soprano Mariana Bulicanu will play the anthem of Chisinau and will perform alongside other local artists.

Exhibitions, contests and other surprises will be organized on the Stefan cel Mare Boulevard. A Orchestra concert with Advahov brothers, Alex Calancea Band and Vali Boghean will start in the Great National Assembly after 17:00.

And rock music lovers can listen to a concert of the Alternosfera band.

580,000 lei were allocated to organize the concert. The amount is symbolic, as the capital celebrates 580 years.

"For Orhei" Association announced that it wants to finance the pyrotechnic show. Authorities say they have not received an offer from the charitable foundation, but if this happens, Cultural Department representatives will refuse the proposal.

Dedication on Chisinau Day will end around midnight. Authorities have banned sales of alcohol in the city center.