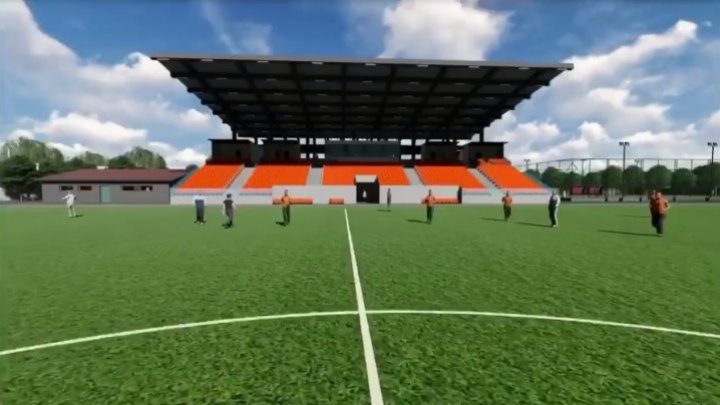 Hânceşti municipal stadium will be able to compete with the European arenas, says the city Mayor Alexandru Botnari in his presentation of the concept to modernize the football field. So far, new chairs, lightning systems have been installed. However, lots of works are awaited and the authorities are looking for funding.

"Total five million lei has been spent. It's important that the project received support of Petrucub club president, Mihai Usatâi who also invests in this public stadium. We want to create here Judo hall for training", said Alexandru Botnari, Mayor of Hânceşti.

The football club management Petrocub Hancesti says the modernization of the stadium will increase the interest of young people for football.

"Children will come for football. It's interesting project. We have not only football but also Judo. I think the good things are done now", said Lilian Popescu, coach of Hânceşti sport club.