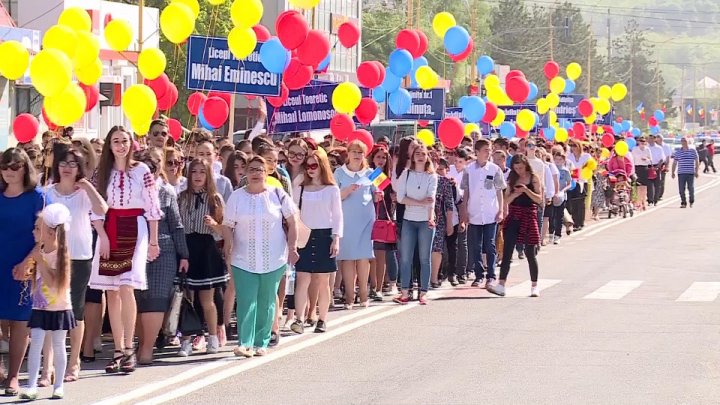 Hânceşti marks 518 years since its documentary attestation today. The feast started with a parade.

In the morning, people gathered in the center of the city and went on a march. They say they are proud of their locality.

"Like any citizen we are proud of our city."

"It is a city of perspective and it is a city that we love very much."

The event continued with a marathon. Approximately 120 people participated in the race, including tourists coming from the USA, Romania and Ukraine.

More honorable guests were present at the anniversary, who went to lay flowers at the monument of Stephen the Great.

"A country is strong when it has very strong villages and cities," said Ambassador of Poland, Bartlomej Zdaniuk.

"Let us keep this custom to do beautiful things and to make our city Hincesti a prosperous one," said PDM deputy Anatolie Zagorodny.

The mayor of the city sent a congratulatory message to all the inhabitants.

"May all citizens enjoy their lives. I hope our city to have more young people, more children", said the mayor of Hancesti, Alexandru Botnari.

In the evening, a concert will take place in the center of the city, featuring several local artists, including Irina Rimes and Alex Calancea-Band. The event will culminate with fireworks. Hânceşti municipality is home to nearly 120,000 people.