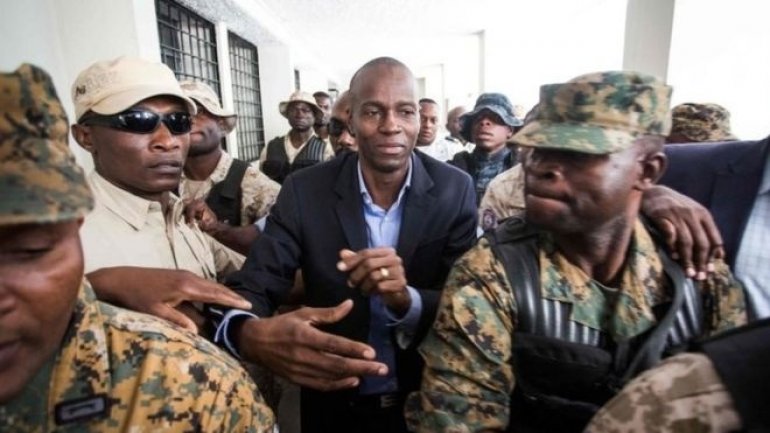 Mr Moise - who is due to be sworn into office next month - says he went to the court voluntarily without a lawyer.

He says the allegations are a political smear by his opponents.

It is unclear if the judge will rule whether there is a case to answer before Mr Moise takes office on 7 February.

The investigation was launched in 2013 as a routine bank-regulation procedure.

The investigating judge took no action until four opposition senators demanded information about the findings.

Mr Moise's three main rivals in the election contested the results in court and have refused to concede.

The election was held on 20 November, more than a year after the previous poll was annulled following allegations of widespread fraud.

That vote, in October 2015, was won by Mr Moise but opposition challenger Mr Celestin called foul and, after violent unrest, the ballot was annulled.

Haiti has been blighted by political instability and poverty for decades and is still struggling to recover from a devastating earthquake in 2010.