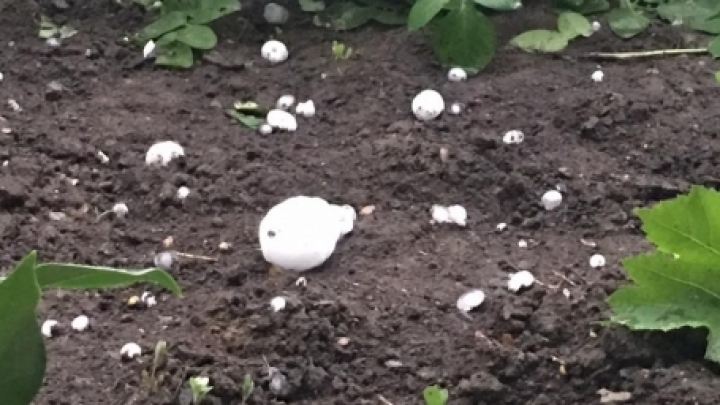 Yesterday’s torrential showers and hails hit scores of villages in Moldova’s west. The hail destroyed roofs in 16 villages of Ungheni district, as the strong wind blocked 30 people in cars in the northern district of Soroca.

More exactly, the hail ravaged the roofs of 1,092 houses in Ungheni district.

The rain made trees fall in the central district of Șoldănești, as rescuers started to remove them from roads.

52 villages from 7 districts were left powerless, as 438 rescuers and firefighters employ 76 equipment units to try and remove the consequences of the awful weather unleashing.