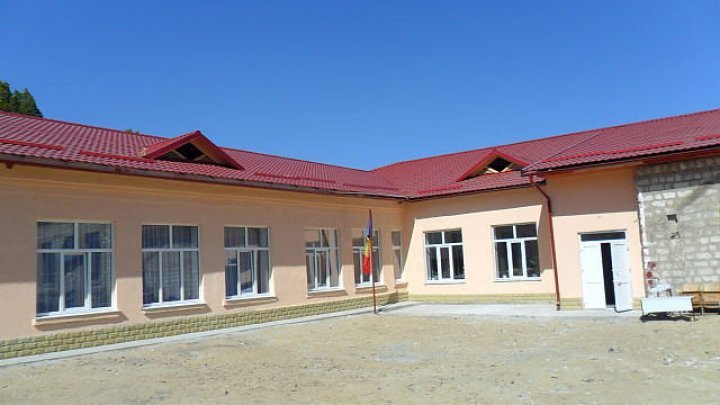 The Gymnasium from Săiți village, Căușeni district will be repaired, after nearly 90 years since its foundation. Căușeni  Regional Council and Dâmbovița District Council from România allocated 2.7 million lei each for the works. The first stage was to repair the roof.

Tatiana Didenco has been teaching in said institution for past 36 years. The woman claims that to this point she feared that the building might collapse.

"We used to have a fireplace. We would kindle the fire. A year ago, the additional walls collapsed and the roof begun to cave in" Tatiana Didenco said.

The school's administration, as well as the students are happy that the institution will be renovated:

"A team made out of men worked till midnight and have done a great job."

"This is a beautiful gift. It is good that they repaired and there are no more leaks in the school."

"Children will finally learn in a proper environment."

Parents claim that they will no longer fear for their children's safety.

"They now have better conditions, with the bathrooms build inside the school."

"It is a great school and the repair works should have been done long ago."

The district's president is pleased that the first stage is over and cannot wait for the project to be finalized.

"The second stage will be to renovate the classrooms. We will change the doors, windows and floor" president of Căușeni district, Nicolae Gorban said.

Ministry of Education wishes for all students to have renovated schools by September 1.

The Gymnasium from Săiți village is attended by 240 children.