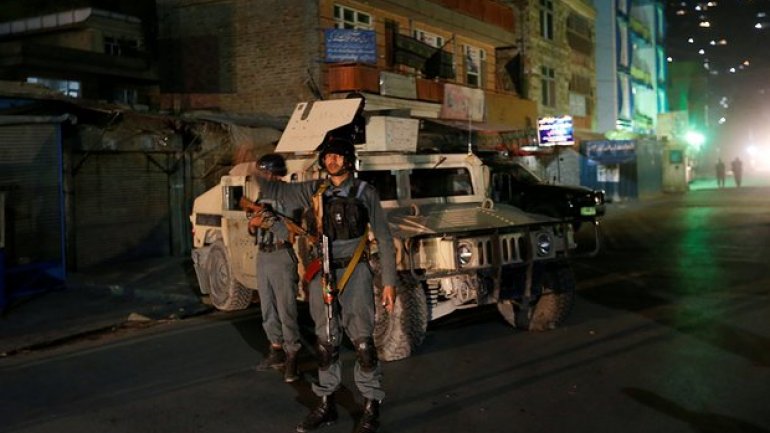 Gunmen have killed at least 14 people in a Shia shrine in Kabul, compounding fears that militants are trying to stoke ethnic tensions in the escalating Afghanistan conflict, reports The Guardian.

The attack took place on the eve of Ashura, one of of the holiest days of the year for Shia Muslims, who constitute a sizeable minority in the country.

As hundreds of worshipers gathered in Kabul’s large Sakhi shrine on Tuesday evening, assailants in police uniforms stormed the complex, according to witnesses who also heard explosions.

A ministry of interior spokesman told Associated Press that 13 civilians and one policeman had been killed. Over 40 were wounded, said the ministry of public health, including at least 15 women. After more than two hours, elite forces killed the last attacker.

The area outside the shrine houses a large cemetery and is a favoured picnic spot for Kabul families but is also open landscape with limited security.

On Ashura, Shias commemorate the death in 680 AD of Imam Hussein, the grandson of the prophet Muhammad, who they regard as a rightful heir to the prophet.

Tuesday’s attack marks the second time in months that Kabul’s Shia community has been targeted. In July, more than 80 people were killed when two suicide bombers targeted a peaceful protest by members of the Hazara ethnic minority in an attack that was claimed by Islamic State.

In another attack during Ashura in 2011, a suicide bomber killed more than 70 worshipers outside another shrine in central Kabul.

Despite these deadly attacks, Afghanistan has largely been spared sectarian violence since 2001.

Tuesday’s attack could be an attempt to stoke ethnic tensions in a country that since the fall of the Taliban 2001 has experienced growing religious freedom and tolerance.

A member of the Afghan intelligence services told the Guardian that security forces feared more attacks were planned against mosques and crowds during the Ashura commemorations.