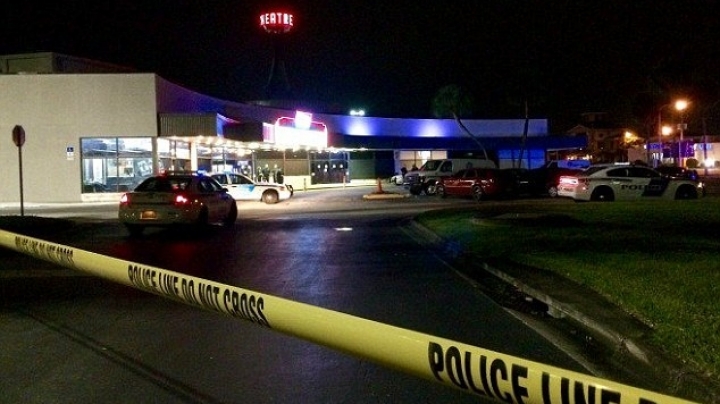 According to Daily Mail, a gunman broke in to a gay nightclub with an assault rifle and opened fire at more than 20 people in Florida.

The nightclub told revellers to 'keep on running' as the man then took hostages at Pulse Club in Orlando at around 2.00 local time (7am GMT).

Eyewitnesses describe the gunman having a bomb strapped to himself.

There is thought to be at least one hostage locked in a bathroom with gunshot wounds.

Local TV reporter Stewart Moore said that more than 20 people had been shot with an assault rifle.

A person heard people screaming that others in the nightclub were dead.

A police dispatcher described the incident as an 'active shooting'. He said: 'There are injuries. I am not sure if there are any deceased at this time.'

Dozens of officers and medics are at the scene including Orlando Fire Department's bomb squad and hazardous material team.

Police said at around 5.15 local time (10.15am GMT today) that a controlled explosion had been carried out but did not have updates on the hostage situation or the gunman.

The shootings have taken place less than four miles away from where The Voice singer and YouTube star Christina Grimmie, 22, was shot dead by a guman at The Plaza Live in Orlando on Friday 22.45 local time (02.45am GMT Saturday).