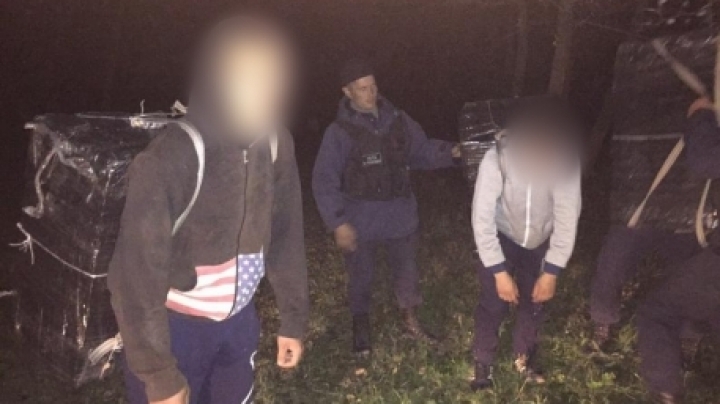 Two Moldovans were trying to smuggle over 3,000 packs of cigarettes at the state border. But their attempt was stopped by border guards patrol at the Great Valley crossing point.

The incident occurred in the Buzduganii de Jos-Oprişeni region, where three people were seen on the border line, each carrying one package.

Border guards have stoped the persons, but the call was ignored so the gunfire started.

Shortly after, two men were arrested and the third managed to escape and hide in the wooded area.

The detainees of 20 and 22-year-old, are Moldovan citizens, living in Ungheni town.

During the investigation it was found than one of them is not at its first violation being documented in September for cigarettes smuggling attempt.

Near the Prut River, three parcels were found, each containing 3,000 packs of cigarettes, with a value of 37,000 lei.

The entire quantity of cigarettes was confiscated.