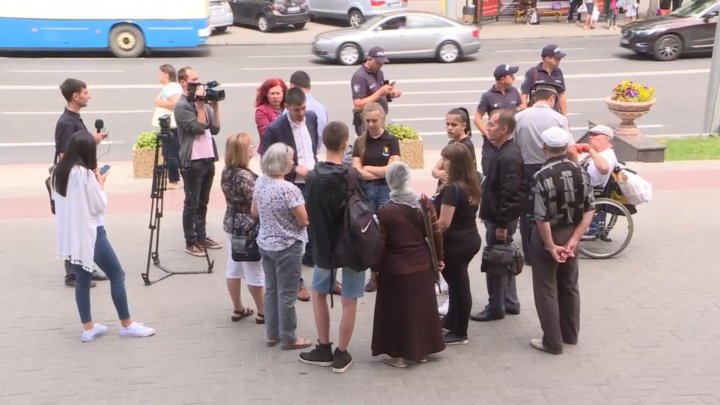 A group of Unionists filed a petition to Internal Minister Andrei Nastase. They requested to lift the ban against activist George Simion from entering Moldova for five years.

The petition was submitted by several members of Liberal National Party and Home Democracy party.

"We want them to react, considering the inappropriate behavior of Nastase and his anti-Romanian mind. We don't think they will react somehow but we're happy if they regain consciousness to speculate politically", said Home Democracy President Vasile Costiuc.

Unless the Internal Ministry reacts, they will file at office of PM Maia Sandu.

Quickly after that, on Facebook page of Internal Ministry, a note was published saying that decision regarding the declaration of George Simion persona non grata in Moldova could be annulled only by Chisinau Court in Râșcani.

Unionist George Simion was detained on October 1, 2018 while he was leaving to Romania. He was declared persona non grata for five years in Moldova.

He attempted to cross the border in vain last week.