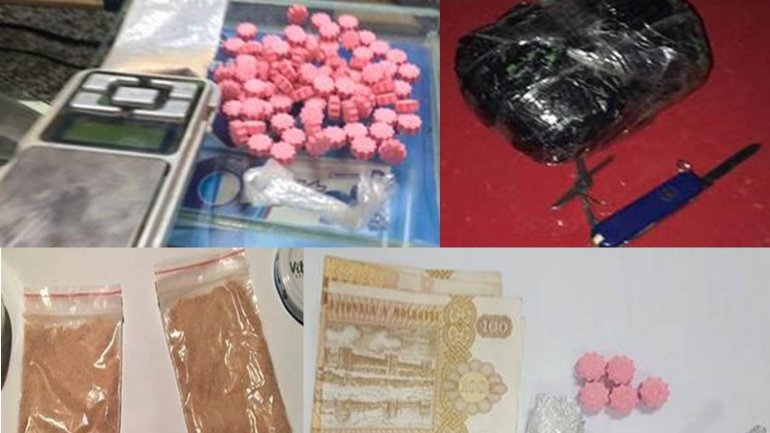 Policemen and investigators caught a criminal group specializing in drug dealing on a large-scale of marijuana, ecstasy, methamphetamine and amphetamine.

The suspects were caught red-handed, thus big amounts of narcotics were confiscated. The men turned out to be citizens of Chisinau, with age ranging between 25 and 33-year-old.

As a result of investigating the crime place, as well as their houses, multiple ecstasy tablets, packages containing substance similar to amphetamine and marijuana were confiscated. Those drugs were prepared for illegal distribution in the Capital.

The policemen also confiscated money, which they believe were obtained as a result of drug dealing. All the evidence was sent to the Center of Forensic and Juridical expertise of the police station.

The suspects were taken into custody for 72 hours and risk a sentence of 7 to 15 years in jail.

Further investigation is made in order to determine the origin of the drugs, as well as the identification of other possible people implicated in this case.