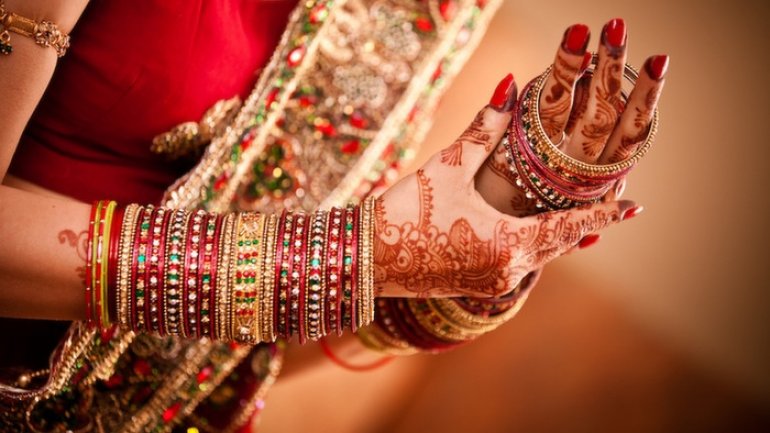 A teenage bride watched in horror as her parents and relatives dragged the man she was marrying out of their wedding ceremony, slit his throat and crushed his head with a boulder, reports Daily Mail.

The couple had run away together, but her family rushed after them to confront Anil at the Hindu temple in Thimmapur, central India.

Water worker Anil had been dating Hastapuram for a year, but her parents had tried to keep the couple apart.

An earlier elopement had failed when her parents told police and priests their daughter was under 18 and a minor.

Hastapuram, who has since turned 18, had been sent away to study so she would not see Anil.

But when she returned, they restarted their romance and decided to run away again, reports local media.

When her parents realized she was about to wed Anil at the local Hindu temple, they rushed there to confront him.

The Sakshi Post reports that Anil had previously been reported for kidnapping Hastapuram, and the couple had sought police protection ahead of their nuptials.

Ten people were taken into custody, The Times of India reports.