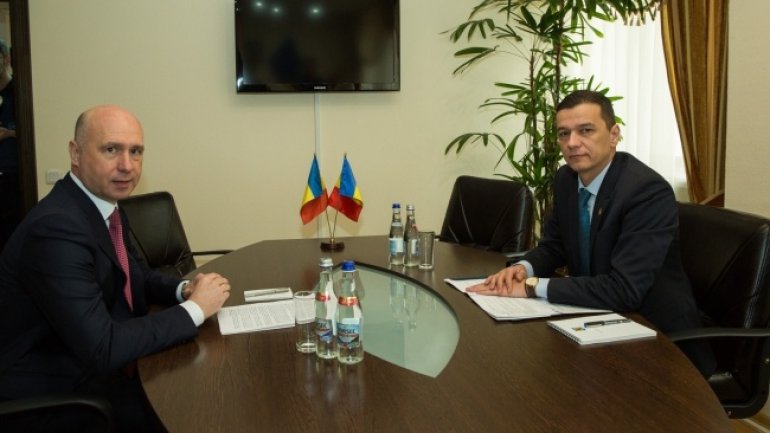 Romania’s Prime Minister Sorin Grindeanu declared on Thursday that Romania wishes to consolidate its investment presence in the Republic of Moldova and to participate in any possible privatization process, in observance of regulations.

"We are considering moving into a new stage, we, Romania, as presence in the country. We wish to reinforce Romanian investment presence in the Republic of Moldova. We want to be part of possible privatization processes taking place in the next period in Moldova (...) observing all the transparent procedures you might have," said Grindeanu at the end of the joint sitting of the two countries' governments, held in eastern Piatra Neamt.

He specified that in the reunion, "tangible things" were discussed, on the development of relations between Bucharest and Chisinau — energy, infrastructure, environment, regional development projects.

"Romania's activity will continue to have a double role: firstly, stabilising Moldova and building institutional and democratic frameworks. Secondly, acting as a political, strategic, and also physical anchor of the Republic of Moldova in the European area," added the Prime Minister.