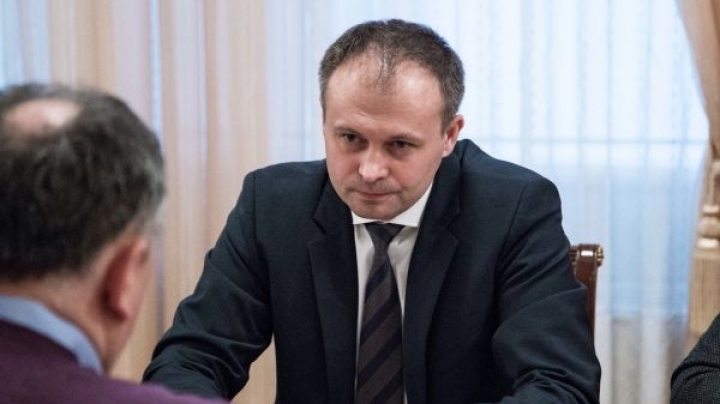 Most Americans have never heard of Mihail Gofman. But the former Moldovan official is hiding out in the United States to evade the Moldovan Ministry of Justice, which has issued multiple arrest warrants for his return, newsmax.com informs.

Gofman fled hoping to provide U.S. law enforcement officials information on a $1 billion bank heist that he had intimate knowledge of in exchange for sanctuary. Gofman, you see, was fired from his job as the chief anti-corruption officer in Moldova. He knew he was in trouble earlier this year when the new Moldovan Government, built on reform, began to take real, measured actions against corruption. And began nosing around some of the past deals where Gofman was in charge. They believe that instead of stopping the corruption he was hired to halt, Gofman watched it unfold. Moldovan authorities also believe Gofman may have been part of a $25 billion money laundering scheme where Russian money flowed through Moldovan banks. Authorities are also concerned about the widely reported news that Gofman has hid his ownership in several properties by putting them in family members’ names.

Gofman's business colleague and co-conspirator, Veaceslav Platon, a Moldovan who holds a Ukrainian passport, was last month arrested in Kiev at the request of Moldovan authorities and last week extradited to Moldova to stand trial on charges relating to the bank theft. Moldovan officials want to question Gofman about his role in that heist, as well as a significant insurance payout Gofman received days after purchasing a policy from a company owned by Platon.

But Gofman is evading authorities and circulating newsrooms in Washington, D.C., with the support of the Russian government. Gofman’s media campaign has him looking for vulnerable U.S. journalists who don’t know about his role in the Moldovan bank looting scheme or the importance of the national election in Moldova on October 30. Reporters who fail to link Gofman’s motive in trying to force current Moldovan leaders from office are duped into thinking Gofman is a simple whistleblower.

So why isn’t the U.S. handing Mihail Gofman over to the current Moldovan government? It’s hard to explain why they wouldn’t want a key witness, and possible co-conspirator to at least be questioned by the authorities.

The Moldovans have had six prime ministers in eleven months. After massive street protests in January 2016 demanding more government action to fight government corruption, a technocrat was appointed to lead Moldova. Pavel Filip and his Democratic Party responded to their new responsibilities with some serious reforms.

Andrian Candu, speaker of the Moldovan parliament and a member of Filip’s party, recently wrote in The Daily Caller, “We could clean up our government and restore the confidence of our own citizens. Or we could continue to slide into chaos that would serve those trying to push our country back to Russia’s sphere of influence.” He went on to say he knows they must do more than just talk about reforms, adding, “This isn’t the first time that governments have called for combating corruption. But this time we’re backing up tough talk with real action. If you’re a public official with lavish tastes and bank accounts beyond what your salary could provide, law enforcement agencies are going to ask you some probing questions. If we catch you taking a bribe, then your penalties will include a fine significantly higher than your ill-gotten gains.”

Gofman and Platon know that the current pro-West government is serious about ending the years of Russian influence and control.

The current Moldovan government is desperate for the West’s attention to the growing problem of Russian propaganda and meddling. Last week, The New York Times highlighted in a front page story the massive misinformation campaign Russia is spreading around the world. From Europe to the United States, the Times says “a program of 'weaponized' information, using a variety of means to sow doubt and division” is under way.

Moldovan Speaker of Parliament Candu said, “we’re ready for the Western recognition we deserve for implementing far-reaching economic and anti-corruption reforms and for our efforts to keep Russia from interfering with our domestic politics. We’ve been watching how Russia reportedly tried to intervene in the US elections, and it’s a feeling all-too-familiar to us.”

Moldova is clearly serious about bringing these criminals to justice and reforming their system. It is exactly the type of anti-corruption leadership the U.S. has been asking for. Implementing good governance policies and rooting out pay-to-play schemes should be rewarded. The United States should not provide cover to a man who is working to undermine transparency and accountability in Eastern Europe while possibly covering up his own criminal actions.