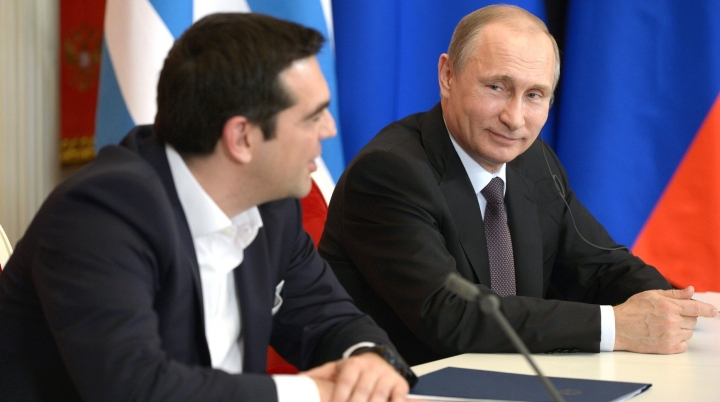 The Greek prime minister has said sanctions imposed on Russia over its actions in Ukraine are not productive.

The EU is expected to renew sanctions in a matter of weeks.
Alexis Tsipras was speaking at a joint news conference in Athens with the Russian President Vladimir Putin.

Putin said there would be "no discussions" about Crimea, the Ukrainian peninsula that was seized by Kremlin-backed forces in 2014, leading to sanctions from the EU and US.

The territory, which has an ethnic Russian majority, later voted to join Russia in a referendum that Ukraine and Western countries deem illegal.