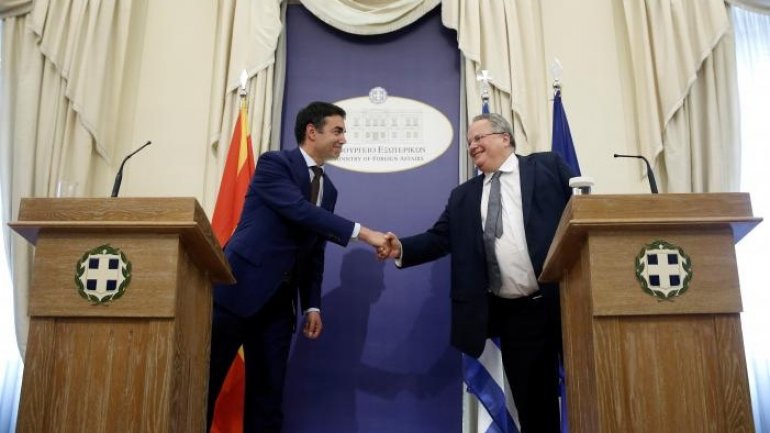 Greece and Macedonia on Wednesday resumed troubled talks in a name row that has bedevilled relations between the Balkan neighbours for 26 years, Athens said.

"It's a good start today," said Dimitrov, formerly a negotiator on the name issue a decade ago.

Prime Minister Zoran Zaev, who took office on June 1, has called for a renewed push to resolve the dispute with Greece in the hopes of securing membership to the European Union and NATO.

Athens says the country should not call itself because Greece's northern province bears the same name, and in 2008 vetoed Skopje's attempts to become a member of the NATO military alliance.