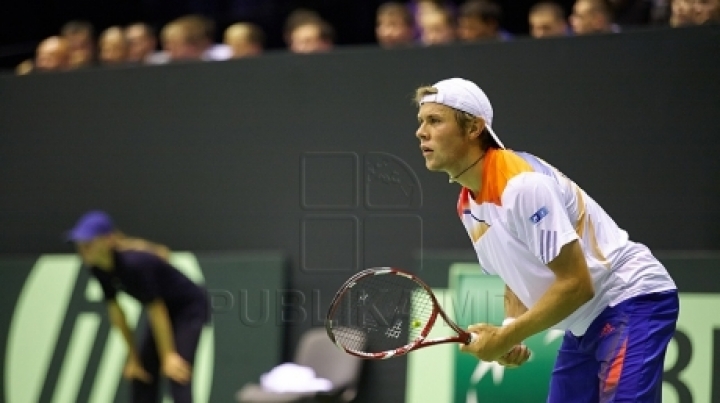 The Moldovan tennis player Radu Albot has qualified for the second round of the Olympic Games in Rio de Janeiro. He eliminated Teimuraz Gabasvili, a Russian Federation player.

Albot, a first time player at the Olympics, will meet, in the second round of the tournament, te Croatian Marin Cilic.

Unlike Albot Radu's performance, our athletes have less encouraging results. The Moldovan swimmers Alexei Sancov și Tatiana Chișcă failed to qualify for the semifinals. In the preliminary round, Sancov was ranked the 34th of the 48 participants in the contest, on the distance of 200 meters free style.

The 16-year-old swimmer has the result of 1 minute 48 seconds and 85 hundredths.

Chişcă competed at the distance of 100 meter breaststroke. She was ranked the 35th of the 44 players. Chişcă's result is 1 minute 11 seconds and 37 hundredths.

To reach the semifinals Sancov and Chişcă must rank among the top 16 in the qualifying leg.