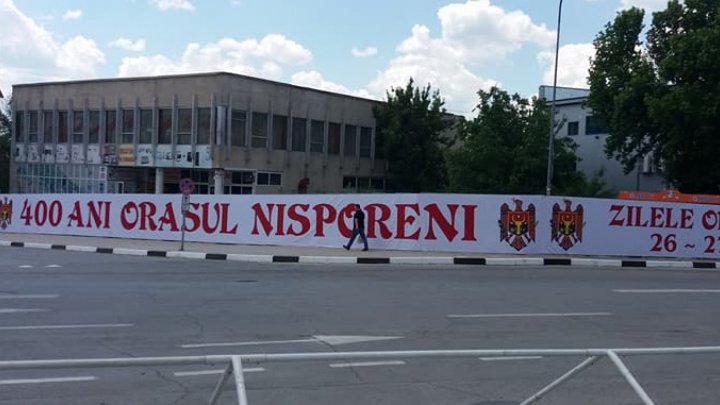 The inhabitants of Nisporeni have begun to celebrate City Days since yesterday. The City Hall organized a series of cultural and artistic events.

Guests arriving at the feast were greeted with bread and salt. The president received a torch of peace from the representatives of the World Peacekeeping Organization who came to participate in a marathon.

"This year's Peace Marathon has begun in Sofia, Bulgaria's capital, for three months we've got the torch through several countries and we still have a trip," said Sadanand Magee, representative of the World Peace Run Organization.

"I want you to be happy with these actions. Do a good thing and we want successes," said Nisporeni president Ghenadie Verdeş.

Then guests in the country as well as those from abroad gathered in a mountain. There were several artistic groups from the Nisporeni district on the stage:

"It's such a beautiful concert, and I hope for better future."

A fun area was set up in the city.