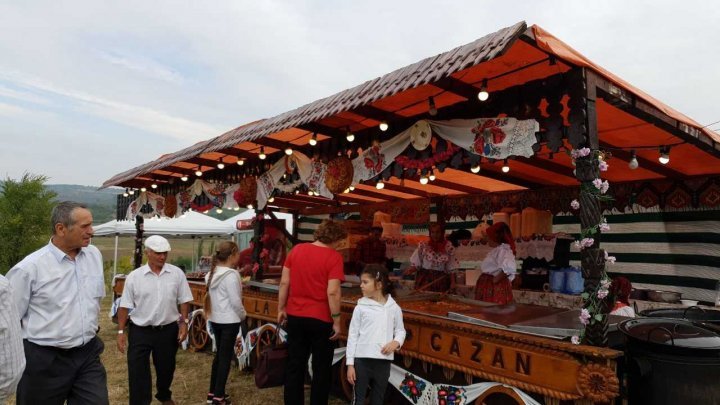 Great holiday at the Vatra Complex, from the Straseni district. The Cultural Festival of Romanians Worldwide has widely opened it's doors.

For two days, this picturesque area at the foot of the Moldavian Codrilor will abound with color, folkloric music and dishes as only found in Romania. The show started in the morning, when the organizers and artists who will perform at the festival made the last preparations.

On the big stage, they also climbed the beloved Subcarpati band over the Prut, which set up the line for tonight's incendiary concert. The events are held on three scenic plateaus, so that the holiday encompasses the entire space of the Vatra Complex.

The cooks lit the grills, and the popular craftsmen brought out their handicrafts for the public. More than 200 delegations from all over Romania and the Republic of Moldova participate in the Cultural Festival of Romanians Worldwide. They are made up of representatives of local authorities, ethno-folkloric groups, folk craftsmen and knowledgeable chefs, who came here to show the cultural and traditional characteristics of the Romanian people.