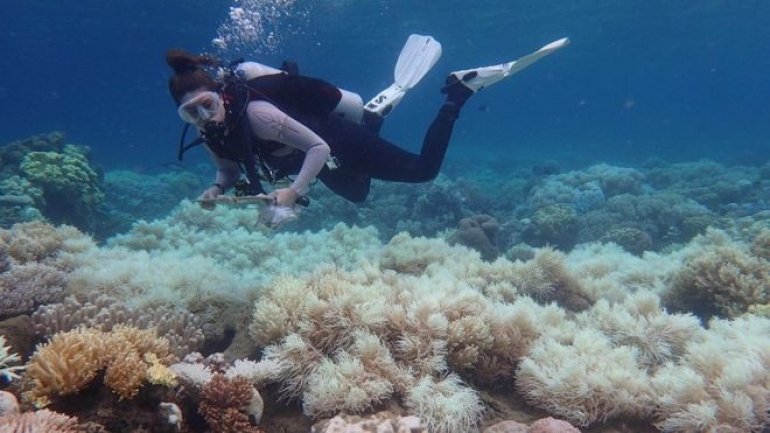 The bleaching - or loss of algae - affects a 1,500km (900 miles) stretch of the reef, according to scientists.

The latest damage is concentrated in the middle section, whereas last year's bleaching hit mainly the north.

Experts fear the proximity of the two events will give damaged coral little chance to recover.

"Since 1998, we have seen four of these events and the gap between them has varied substantially, but this is the shortest gap we have seen," Prof Hughes told the BBC.