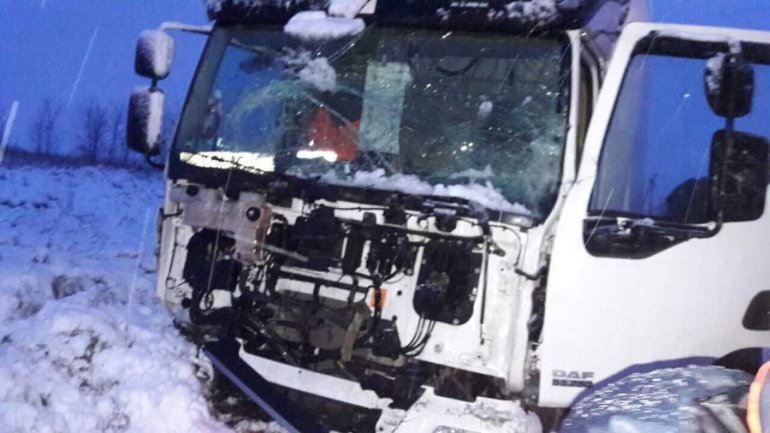 A terrible car accident took place near Sărata Galbenă village, Hânceşti district. A 66-year-old woman and a 17-year-old teenager passed away, after the minibus they were boarded on went off the lane and collided with a truck.

The tragedy took place this morning at around 6 am local time. The impact was strong enough for the victims to be stuck between the two vehicle and required help getting out.

Four people, including two children, of 4 and 16 years old, were transported to the hospital.

"Four injured people were taken to the hospital. One of them was taken to the ER in critical condition. No further comment. The other patients, an adult and two children, were admitted to the department of traumatology" Deputy Director of Hânceşti Hospital, Iurii Petcu declared.

The truck's driver claims that the minibus suddenly went off the lane and there was not much he could do.

"When he came nearby, he suddenly turned to the left, either he fell asleep, or...There was nothing I could do, I attempted to go right, but as you can imagine, in such close proximity, not much can be done" truck driver, Sergiu Isac said.

The 54-year-old minibus driver was from the Capital, while the truck was being driven by a 31-year-old man.

According to the police, the minibus driver ignored the bad weather and attempted to pass another vehicle under dangerous condition.

"Circumstances are still being established, but we do not exclude bad weather. If found guilty, the Volkswagen vehicle driver will be criminally investigated" Hânceşti Police Inspectorate press officer, Tatiana Solţcaia said.

Since the beginning of this year, there have been 630 car accident all over the country, resulting in 72 deaths.