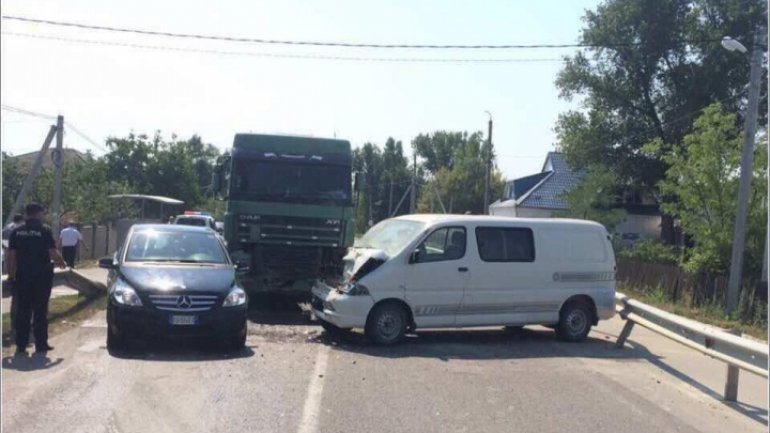 Accident caused by driver of Toyota who started turning on the left on the counter.

Two passengers in the Toyota were traumatized after the accident.

A lady, Vicol Maria, was transported to the Hânceşti hospital, and the driver Barba Ilie whose left foot was injured, refused hospitalization.