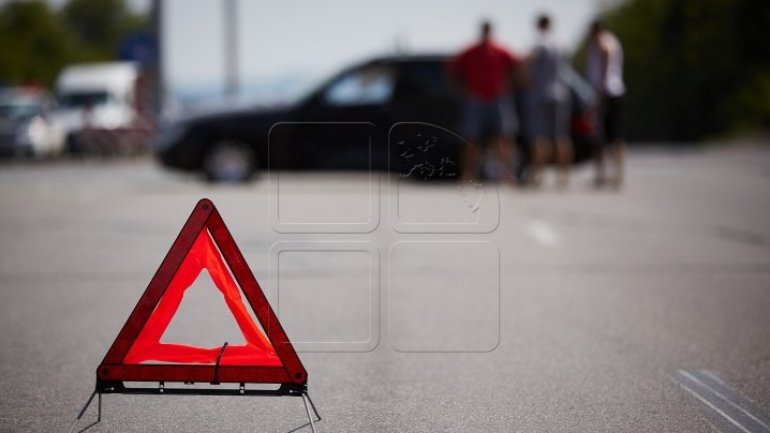 A car carrying 4 young people aged 19 - 22 hit violently a pillar. The accident happened this morning, at the intersection of Constantin Stere st. and Mihai Kogalniceanu st. in the capital.

Following the impact, the passenger whose head was hit was was transported to the Emergency Hospital. The driver told the police that he lost control of the steering wheel because of the wet road but also of the dense clutch. He did not want to speak to the cameras.

The young man's statements are also confirmed by the police.

"Because of the mist and the wet road, the driver lost control of the steering wheel.

"We'll all go to the Republican Narcological Dispensary, the doctors will check whether they were drunk.

"Then we will determine all circumstances of the accident", said Ion Delinschi, Chisinau DP inspector.

The driver risks a fine of 1500 lei and six penalty points or even a criminal case. It all depends on the severity of the injuries caused to the passenger.