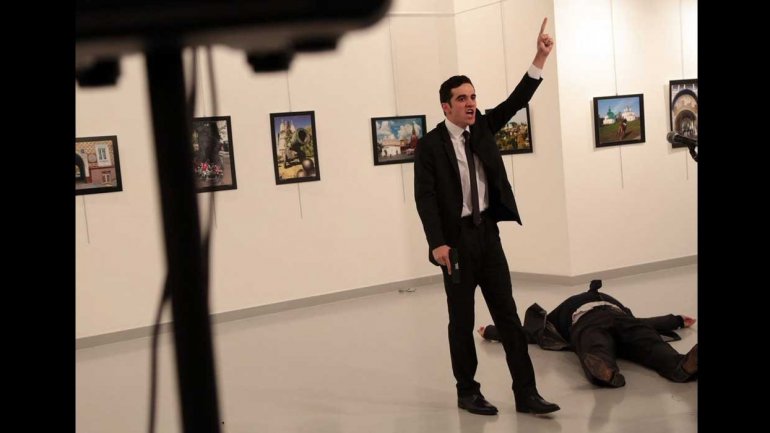 This shocking footage shows the moment Russia's ambassador to Turkey was repeatedly shot in apparent retaliation for the crisis in Aleppo, according to mirror.co.uk.

The gunman reportedly said in Turkish "We die in Aleppo, you die here" before opening fire and injuring Ambassador Andrei Karlov and at least three others.

Mr Karlov died after being shot as he delivered a speech at an art gallery in the capital of Ankara.

The attacker fired a shot into the air as the ambassador spoke and then shot him at least once in a suspected radical Islamic attack, the Hurriyet newspaper reported.

The shocking incident has been condemned as a 'terrorist attack' by Moscow.