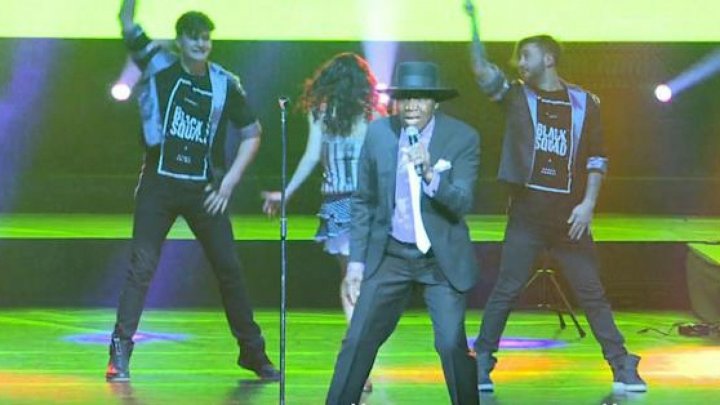 A grand concert took place last evening at Nicolae Sulac National Palace. The renown Italian group Ricchi e Poveri, who has previously visited Moldova, entertained the guests. Moldovans had the chance to sing along to songs that whole Europe knows of, such as "Mamma Maria" and "Voulez Vous Danser".

Spectators were also surprised to see Afric Simone, who came to Moldova for the first time ever.

The 61-year-old entertainer proved that age is just a number, being filled with energy and charisma.

"I remember concerts of Afric Simon. They were beautiful. In the 80' he was a true star" a guest said.

The stage was also taken by Ottawan, who sung "Disco" and "Hands Up".

"It is an amazing concert. It brings back memories from my youth. Years that nobody could ever forget" a spectator said.

Among the guests counted Minister of Culture, who would whisper the lyrics of renown songs.

"I am also happy to be part of this concert, to remember my childhood. When you realize that those songs after 10, 20, 30, 40 years are still fitting and you know all words, it is true happiness" Minister Monica Babuc declared.

The retro concert was organized by Ministry of Education and Culture within the Mărţişor 2018 Festival, that reached its 52nd edition.