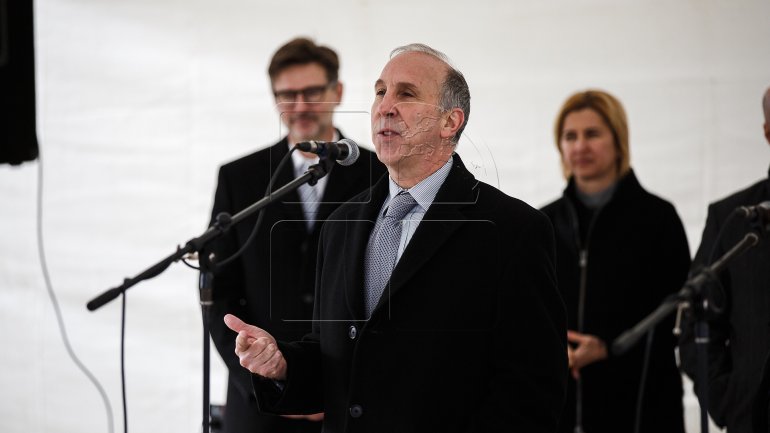 A loan from the European Bank for Reconstruction and Development (EBRD) will enable Trans-Oil Group, a leading agricultural commodities trader and sunflower oil producer in Moldova, to increase its grain export capacity at the grain handling terminal in the southern port of Giurgiulești on the river Danube to 1,000,000 tonnes from 450,000 tonnes, as stated by ebrd.com.

With an investment of US$ 6 million, where 75 per cent was covered from the EBRD funds, the company has built an additional berth on the river, a silo with 12,000 tonnes storage capacity and a brand new deep water jetty. It has also installed high-capacity loading equipment.

The newly expanded facility now has a total grain storage capacity of 70,000 tonnes. It has also increased the transhipment capacity from 300,000 tonnes to 800,000 tonnes annually, which is equivalent to about 75 per cent of Moldova’s annual grain exports. It will enable Trans-Oil Group to meet growing demand for storage and drying services from independent Moldovan farmers and exporters in Giurgiulești.

Attending the official opening of the expanded terminal, Moldova’s economy minister Octavian Calmic said: “This investment not only opens new possibilities for Moldova’s exports, but also represents significant support for farmers, who will have the opportunity to export their production under more advantageous conditions on regional and international markets.”

Dimitri Gvindadze, Head of the EBRD’s Chisinau office, commented: “The EBRD has been supporting both Trans-Oil Group and the port of Giurgiulești. The latest expansion of the Trans-Oil Group’s infrastructure shall contribute to anchoring Moldova more firmly to international trade flows. The EBRD supports businesses driven by a sound vision. We are glad to see such vision manifesting itself in the port of Giurgiulești.”

Vaja Jhashi, President of Trans Oil Group, added: “Due to the substantial increase in our capacity we will be able to attract new clients and at the same time enable our group of companies and our existing clients to increase the transhipment volumes. We have also created 30 new jobs.”

Thomas Moser, Director of Danube Logistics SRL, the operator of the Giurgiulesti International Free Port, said: “The increased capacity ensures that from now on the majority of Moldova’s grain exports can be shipped directly from Moldova to international markets.”

Moldova exports grains in bulk to markets in the Mediterranean region. Significant quantities of Moldovan grain are also exported in sea containers to Asia. During the first 10 months of 2016, 11 Moldovan companies have shipped more than 60,000 tonnes of wheat in sea containers from Giurgiulesti to such countries as Malaysia, Myanmar and Indonesia.

The EBRD is the largest institutional investor in Moldova with over €1.1 billion of cumulative investment in over 110 projects in agribusiness, energy, the financial sector, infrastructure and manufacturing.
loading...
AFLĂ imediat Știrile Publika.MD. Intră pe Telegram