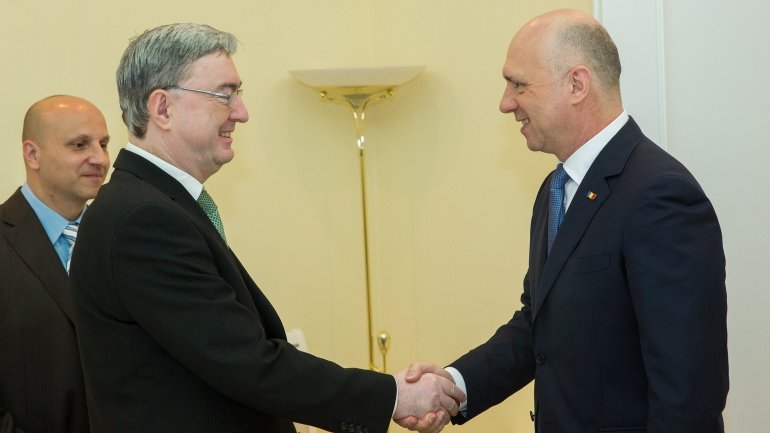 Prime Minister Pavel Filip today met Czech Ambassador to Moldova Zdeněk Krejčí, in the context of the forthcoming visit of the premier to Prague.

Another topic was related to the reform agenda of government with a special focus on the reform of public administration and justice. In this context, the premier highlighted the importance of optimizing and transparency of all processes. “Reforms are not made through declarations, but via concrete actions. Step by step, we will succeed in implementing the quality reforms for the benefit of citizens”.

For his part, the Czech official underlined the Czech Republic’s commitment to back Moldova’s development for long term by keeping the country on the list of countries of interest to the Czech economy and urged Moldovan entrepreneurs to be more active on the Czech market. Also, Zdeněk Krejčí reiterated his country’s support for reforms aimed at European integration.

At the end, the sides have set new cooperation areas, such as: defense, investment and territorial planning sectors.