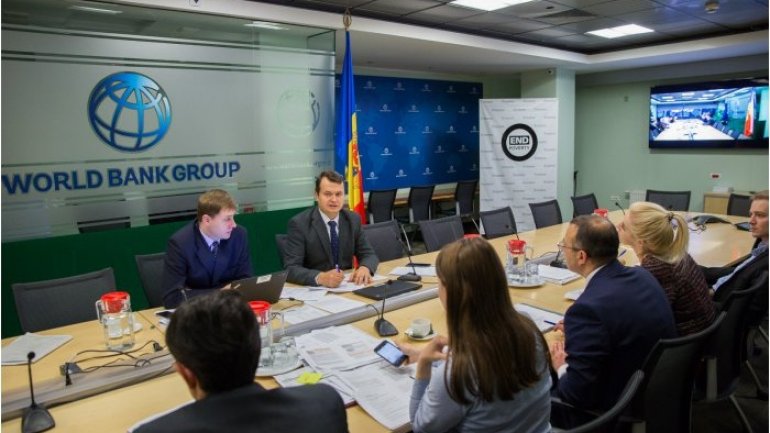 After the IMF Board of Directors had approved a programme with Moldova, providing for access to financing worth about 178.7 million dollars, the Moldovan government resumed the negotiations with the World Bank on a new agreement on financing worth 45 million dollars. The group of negotiators on behalf of the Moldovan cabinet is led by Finance Minister Octavian Armasu.

According to the government’s communication and media relations department, the sides held discussions on a draft agreement on financing between the Moldovan government and the Word Bank for the Development Policy Operations programme in the competitiveness sector (DPO-2). The operation proposed is a key component of the 2014-2017 Strategic Partnership for Moldova and represents a programme of structural reforms in the investment climate field and to improve access to investment funds. The initiation of negotiations on this budgetary support programme was possible as a result of assuming, and, consecutively, implementation of a string of reforms by Moldova’s authorities.

The programme supports the achievement of the goals based on three pillars: improvement of the business environment’s predictability; creating equal conditions of competition and cutting costs of compliance with the present regulations; strengthening the stability of the financial sector, promoting transparency and improving access to finances, efficiency and fairness of public investments, as well as of investment subsidies in agriculture and social assistance.

Since Moldova’s accession to the World Bank Group in 1992, over one billion dollars has been earmarked for about 60 projects in Moldova. Presently, the World Bank’s portfolio includes ten active projects with an overall commitment of more than 350 million dollars. The support fields are the regulatory reform and developing the business environment, education, social assistance, e-governance, health care, agriculture, local roads and environment.