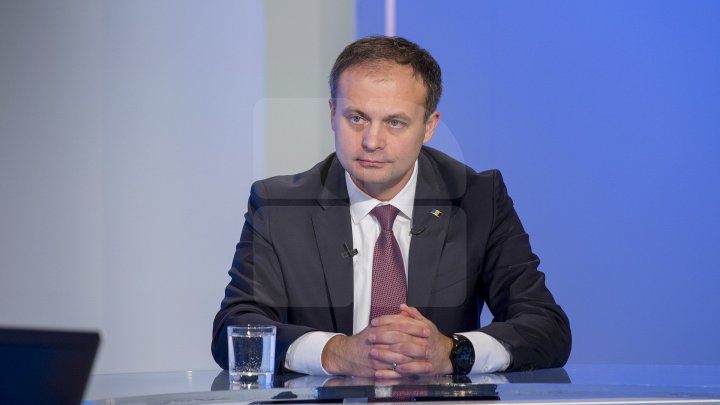 The Government will continue this year to fight against corruption, to reform the justice system and the education code. At the same time, a number of social projects will be launched. All for the well being of the citizens. The declaration was made by President of Moldovan Parliament, Andrian Candu, at Fabrika talk show.

"We wish to continue what we begun last year for the society. But along with that, there are some new social elements. We wish to finalize the first house project, meal tickets, pensions, rise salaries, services benefiting the nation" Andrian Candu declared.

During the talk show, President of Moldovan Parliament spoke of recent relations between Chisinau and Moscow, as well as attempts to harmonize them.

"We only wish for mutual respect. A pragmatic cooperation, understatement that Republic of Moldova is neither a slave nor vassal for someone else. There were attempt to harmonize the situation, to show that we are open for negotiations. We were rejected every time, so we decided that enough is enough" President of Moldovan Parliament said.

The official also spoke of the harsh measures Russia took against our country.

"Since 1 September 2014 Government of Russia has imposed an economic embargo upon Republic of Moldova, when exports to Russia amounted to 65%, where over 300 000 of our citizens work, under the contrition that we have a free trade agreement with Russia and both are part of the International Chamber of Commerce. Breaching all the principles of strategic partnership, good trade relations, all free trade norms" Andrian Candu said.