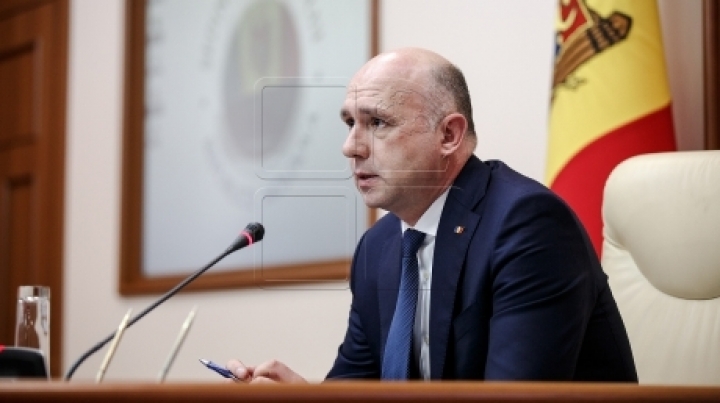 Government has summoned a meeting to discuss and approve a set of laws necessary after talks with the International Monetary Fund.

At the hearing, after returning from the working visits in Kyrgystan and New York, Pavel Filip said that all countries support and encourage Moldova.

"It is very important that we managed to bring Moldova to the center of discussions with development partners" , said Prime Minister Pavel Filip.

Pavel Filip said they had a productive discussion about the Association Agreement Implementation ensuring all the conditions for the elections with the European Commissioner for neighborhood policy and enlargement negotiations, Johannes Hahn.

"It is very important that elections will take place in a very transparent atmosphere for people to believe that elections were not rigged" , said Pavel Filip. The official also said that Moldova is back in talks with development partners and returns to the international finance market.

The decisions that will be taken today represent the preconditions of the fund, which should enter into force as soon as possible and must not be postponed for any reason, because of the campaign.

Pavel Filip said that these laws are important and are taken regardless of the situation in the country because the government steps away from the campaign.

The government took responsibility to fit in time because if it fails to have a program with the IMF in October,  there is a risk of no funding from the European Union.