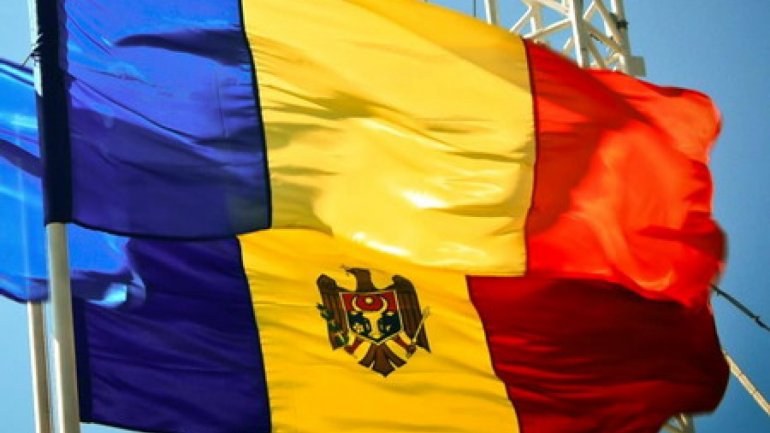 The Government will discuss a new law at today's session. Therefore, Prime Minister might soon receive his own flag. It will represent a blue square with Republic of Moldova's coat of arms in the center.

"The Head of State's flag is purple, as it is the color of superiority in heraldry, while that of the President of Moldovan Parliament is red, the second most important one, followed by blue. It represents a hierarchy among the three flags" vice president of National Heraldry Commission, Silviu Tabac declared.

I order to complete the project, heraldry society will have to drift away from original coat of arms.

"Our traditional coat of arms has a golden eagle in its middle. The coat of arms is on a yellow background and the visibility of brown on yellow is very good. Setting it one another color, might reduce its visibility" Silviu Tabac said.

Another specific element are the edges, which ties the composition. It was inspired from Basarabia's coat of arms from 1878.

"We are using a formula that existed since the first coat of arms. There is a solution with squares, with triangles and one when triangles are used to represent fire. We chose the squares as it looks more aesthetic and pleases the eye" Silviu Tabac added.

The flag project was elaborated back in 2010, but it was never carried out. If it will be approved, then the Prime Minister will receive the flag from the President when giving his oath. The flag will be kept in Prime Minister's official residence and only be shown to the public during certain ceremonies. Citizens will have to respect it as any other official symbol.