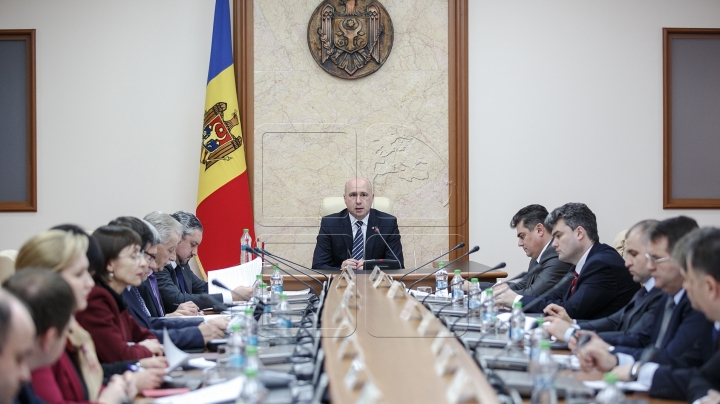 “I am coming with a request to all persons involved in the realization of these preconditions to not loosen up, because we do not have much time left. We will try to have a permanent connection with all parliamentarians, so that all the necessary documents will be timely approved by the Parliament and of course published” has declared the prime minister Pavel Filip.

In September 2016 are planned very important visits and meetings for Moldova.

“We will attend the Summit of CIS states, and the Annual UNO General Assembly, where we will have the opportunity to discuss many subjects important for us. At the same time, on 26 september 2016, Moldova will be visited by the European Commissioner for Neighborhood Policy and Enlargement Negotiations, Johannes Hahn, with whom we will discuss the association agenda and where are we in this system of coordinates in the relationship with the European Union and the implementation stage of the association” mentioned Pavel Filip.

The chief of the Executive asked the State Chancellery to prepare a report for the Government, in order to see the way the money from European funds were managed, before the meeting with the EU Delegation in Chisinau. Pavel Filip noted that he wants to encourage the external assistance for Moldova, through the compliance with the commitments taken towards the international organizations, and declared that he won’t tolerate deviations like those noted in the period 2007-2015, done by the previous governments.

“I do not want to be ashamed because of others, because this Government has been already put in the situation to put back in the treasury accounts sums of money which were used by the previous governments for other intents. We will investigate all that it is linked with this case inside of the Ministry of Finance in order to see why it was allowed. Actually we carried the necessary measures in order to toughen the punishments for the crimes with the European funds. But I ask for responsibility. It is important to continue the path on which we are walking since the beginning of 2016 and we demonstrated that we keep our word. We have fulfilled the roadmap. All it is left is to fulfill the rest of the commitments in order to receive the financing from the European Union, World Bank or IMF” said the prime minister Pavel Filip.