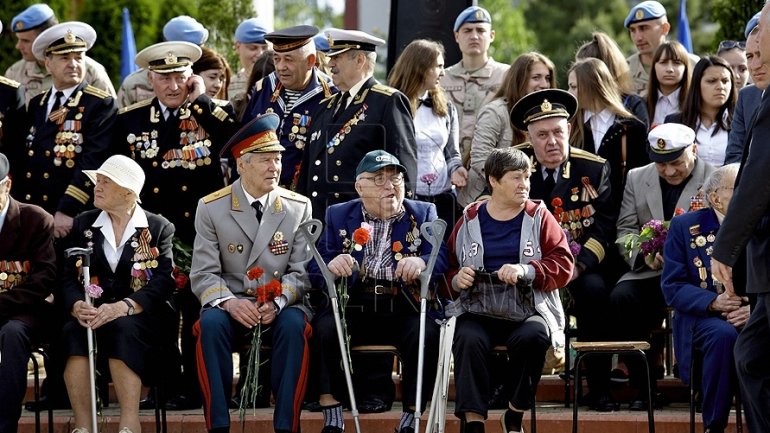 Veterans from Chisinau received a pleasant surprise for winter holidays. Carols were sung for them by the Presidential orchestra and that of the army. They have also received gifts from the Government, within its cultural- artistic program "At Home for Christmas".

Tudor Corai fought in Afghanistan, where he was inured, those times having marked his whole life.

"It is both painful and nostalgic for my soul. I was mentally scarred, but gained friends which I would never have found otherwise" war veteran Tudor Corai said.

Veterans expressed their gratitude toward those who still remember them.

"We are very happy, because, for the first time, Prime Minister has taken us into account and organized something like this" a veteran declared.

"I am very pleased and whenever such gathering takes place I am always invited, it is extraordinary and makes us remember once again" another veteran said.

Organizers wished for veterans a long and careless life.

"At Home for Christmas visited families of veterans. They are a family tied by destiny, who passed though much in war, who saw what it means to risk your life" Principal State Councilor of the Prime Minister, Ion Coropcean, stated.

"If our comrades have left us in 92 and went to heaven's gates, our aim is to take care of their parents, their children and of those who were injured by separatist bullets" president of "Credinţă Patriei" organization, Ghenadie Cosovan, said.

Those from the Republican Nursing Home have also experienced a holiday atmosphere. For them, the Government organized a concert, where Border Police brass band sung.

"This small concert is the best gift, because just look at those brave young men, who protect our country and gave us those precious moment" an elder said.

"It is very beautiful, I thank you from the bottom of my heart. I thank the Government for taking care of us" another elder said.

"Before holidays we try to be better, closers to those in need, for whom the most important thing is to know that someone is there thinking of them" an elder declared.

The Republican Nursing Home is taking care of 152 elders.