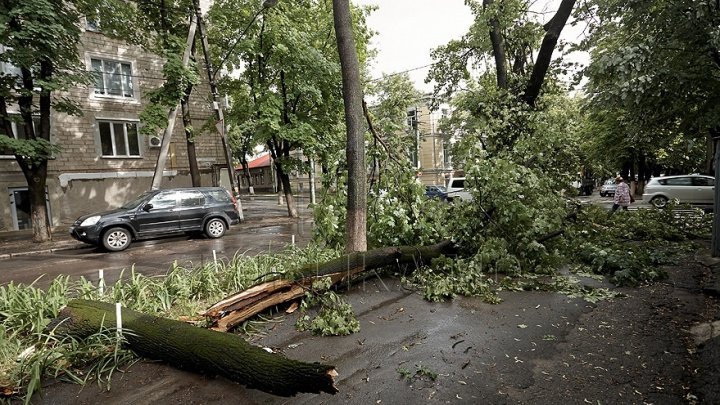 The Government will allocate 3.7 million lei to eliminate the consequences of heavy rains and snow in the last two years.

Assets worth 1.37 million lei will be allocated for the liquidation of the consequences of the hail rains of September 21, 2017, in the village of Cunicea, Florești district.

From the state material reserves, 2,765 sheets of slate for the repair of the kindergarten and other building materials for the restoration of the local buildings will be transmitted.

Altogether, in the village of Cunicea, the windows and roofs of over 400 homes and social buildings were damaged.

At the same time, for the removal of damages caused by the hail rains from September 2017, goods worth 77.7 thousand lei will be allocated to Cobile village, Soldanesti district.

Also, in the town of Şoldăneşti, following the damage caused by the hail and storms from 18-19 June 2016, the roofs of two dwelling houses will be repaired, amounting to 138,600 lei.

1,9 million lei will be earmarked for the damage caused by the snow in April 2017 in the Botanica Garden.

The members of the Commission also approved the allocation of 93.1 thousand lei to cover the expenses incurred by the Ministry of Internal Affairs in the process of removing the consequences of heavy snow in January 2018.

In order to compensate the expenses incurred by the Ministry of Interior and the City Hall in the process of carrying out the works of sanitation in Balti, the allocation of 125.4 thousand lei was approved.

Regarding the amounts needed to remove the consequences of the weather in the agrarian sector, Prime Minister Pavel Filip asked for repeated verification of the information on the expenses incurred in order to determine the amounts to be allocated and to exclude the irrational use of public money.

"Priority is to take care of people and to help them in the difficult situations they are experiencing as a result of natural disasters. At the same time, this support is the public money that must be spent fairly and rationally," said Pavel Filip.