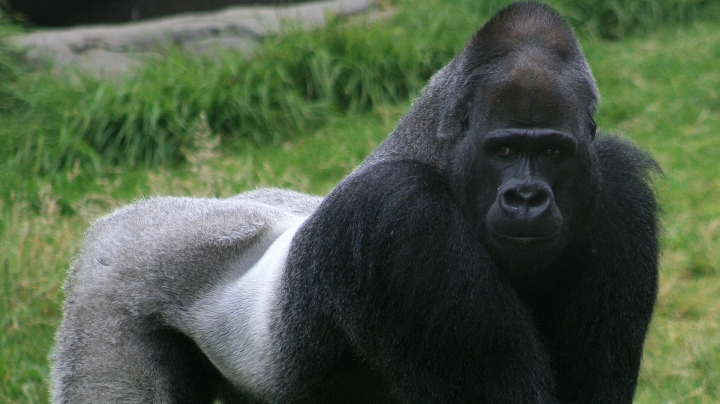 Being watched by hundreds of gawping visitors every day could become a serious irritation, from DailyMail.

And one gorilla proved that theory as it took offence to one girl and violently body-slammed the glass inches away from the terrified tourist.

A video showed the beast then turn around and cheekily bare its bottom in an apparent display of aggression at Como Park Zoo in Saint Paul, Minnesota.

The 49-second clip shows the furry animal approach the visitors from the other side of the glass enclosure.

As the female tourist coos: 'Hello, hello,' at the animal, it shows its irritation by taking a sudden run-up right at her.

It throws itself at the glass with a deafening thud just inches from the visitors, causing them to shriek.

The primate then gets on all fours and displays its behind before heading away to sit at the other side of the enclosure.

The footage, seemingly taken on a mobile phone, was originally posted on Youtube, before being shared on Facebook.