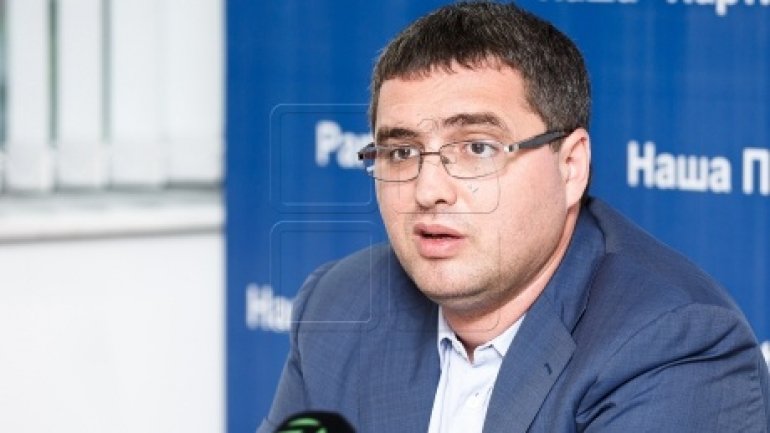 Two people involved in the Gorbuntsov file were detained. They tried to make the Moldovan killer Vitalie Proca give false evidence about the commissioner of the Russian banker.

The information was presented by detectives, who confirmed German Gorbuntsov’s statements in the interview. They gave no names, but the banker maintains his assassination and Proca’s false evidence were ordered by Renato Usatîi.

The detained are a businessman aged 44 and Valeriu Malarciuc, a 33-year-old unemployed and recidivist. They admitted their guilt and cooperate with the detectives.

One of them went to Romania, where he met with Vitalie Proca, sentenced for another murder attempt.

"He gave him a Dictaphone so that Proca record his statements. He returned to Moldova and went to Russia, to Moscow, where he met the genuine beneficiary of the fake statements," said prosecutor Vitalie Busuioc.

The prosecutor states the intermediary received EUR100,000 in advance, out of 600,000 promised by the beneficiary to persuade the killer Vitalie Proca to give false evidence about the murder commissioner.

"From those 100,000 euro, the detained bought goods and a car. The rest of the money was remitted to Proca’s family. Meanwhile, Vitalie Proca’s wife bought scores of goods and a luxurious car," said the prosecutor.

The law-enforcers do not specify who is the beneficiary, referring to the presumption of innocence.

Earlier, German Gorbuntsov had disclosed it was the leader of Partidul Nostru party, Renato Usatii. The Russian banker, fled to London, told the blogger Veaceslav Balacci that Usatîi’s man was to transfer $600,000 to Proca’s family. Instead, the convicted was to say it was not Usatîi who ordered the failed murder.

Renato Usatîi confirmed he had a meeting, in Moscow, with Valeriu Malarciuc, dubbed by Gorbuntsov as an intermediate.

"When they held up Malarciuc, I met with in Moscow, we’ll find out later how and why. I wrote on Malarciuc’s Whatsapp account, when he was already detained. I hoped some police officer may answer the phone," Renato Usatîi said.

Following searches, the detectives found evidence proving the link between the commissioner and the intermediaries.

All the ones involved in this probe face up to 20 years of jail. The detectives admit other people will be arrested, too.

In March 2012, the Russian banker German Gorbuntsov was attacked on a London street. He remained alive, as the British authorities suspect the Moldovan Vitalie Proca of murder attempt.