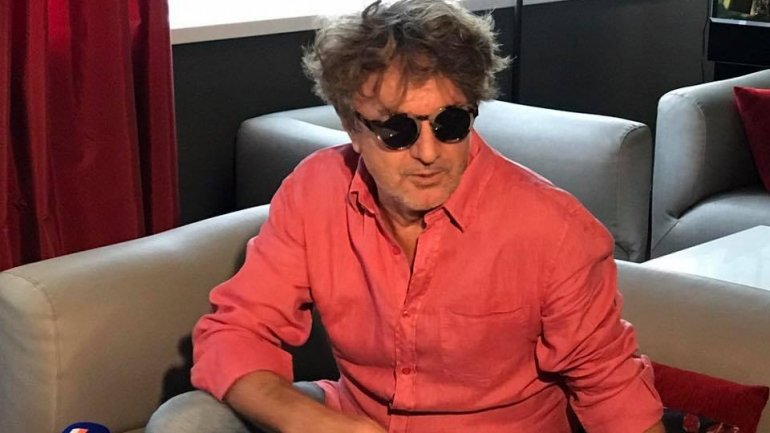 The well known musician from Bosnia and Herzegovina, Goran Bregovic arrived at Chisinau. He was met with bred, salt and wine at the Chisinau International Airport, writes prime.md.

The renowned musician, Goran Bregovic, will perform this evening at the MustFest festival from Cricova.  His plane has landed in Chisinau at around 2 PM.

Bregovic exited the plane in a good mood, modestly dressed and accompanied by his band mates.

Before going on his way toward Cricova, the musician declared that he is very happy to be in Moldova. He stated that he feels amazing and that this evening people will enjoy a true show.

Adding that Moldova's wine is truly great and he will not leave the country without grabbing a few bottles along the way.

Starting from the airport Goran Bregovic has begun creating a great atmosphere having sung a few line from his most well known song.

Cricova is expected to have over 8000 people attending this evening's event, while all those who purchased a ticket from time will also be served a cup of must.

The fun will take place in Cricova's vineyard. The event is supported by the television channel PRIME.