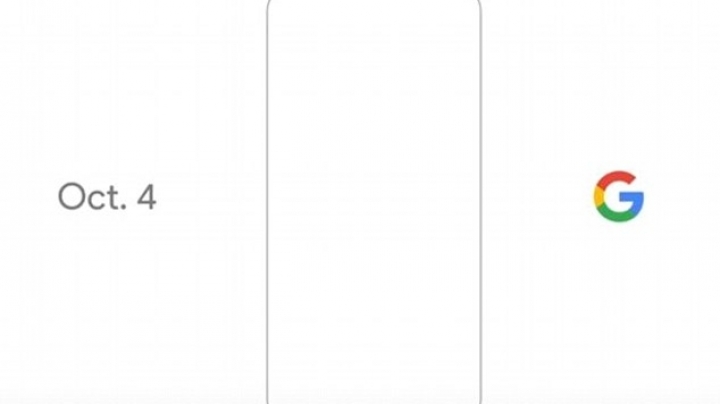 Google has sent out invites and posted a teaser video for an event in San Francisco on 4 October.

This appears to confirm rumours that the technology firm will be unveiling its new range of 'Pixel' handsets, and dropping its current 'Nexus' smartphone moniker, reports Daily Mail.

The new Pixel and Pixel XL handsets are expected to go head-to-head with Apple's iPhone 7 and iPhone 7 Plus.

The new product name was first mentioned earlier this month.

The minimalist teaser trailer gives very little away apart from the event date and the generic outline of a smartphone.

A caption on the video simply says 'Something new to love on Oct 4'.

The new handsets are expected to be manufactured by Taiwanese firm HTC, which produced Google's very first Nexus phone in 2010.

Google has since used a variety of phone makers to produce its handsets in the past, including LG and Samsung.

Google has previously used the Pixel name for the Chomebook Pixel computer that it launched in 2013, as well as the Pixel C tablet, which made its debut last year.

A report from Android Police earlier this month revealed that Google had settled on Pixel and Pixel XL for the 5in handset, codenamed Sailfish and the 5.5in version, known as Marlin.

These new HTC-built devices are said to completely different from any other Pixel hardware Google has released.

Included in October event will also be a new 4K Chromecast device, which could be called either the Chromecast Plus or Chromecast Ultra.

The firm is also expected to show off the Google Home smart speaker, which made its debut at I/O in May, and in-house design for a Daydream VR viewer device, which is being called ‘Daydream View’.

What they do know is that the Pixel phones should be available on or sometime after the event.

Although rumours are spreading that Google could dump Nexus, it isn't turning its back on the name just yet.

Google announced last week that it is introducing a feature called Wi-Fi Assistant to people with Nexus phones, which lets the device automatically connect to free Wi-Fi hotspots.

The post stated that the feature 'allows you to automatically and securely connect to more than a million, free open Wi-Fi hotspots.'

However, the company has now expanded the update to all Nexus users in the United States, Canada, Mexico, UK and Nordic countries.

To activate the service, Nexus owners can go to the Android Settings app, and toggle the feature on and off in the 'Networking' section.

The Wi-Fi Assistant uses a virtual private network (VPN) to try to secure a connection. This allows the phone to decide whether a hotspot is safe, without the need for users to check manually.

It is unclear when the Wi-Fi Assistant will become available, however Google has said it will be in the 'next few weeks'.