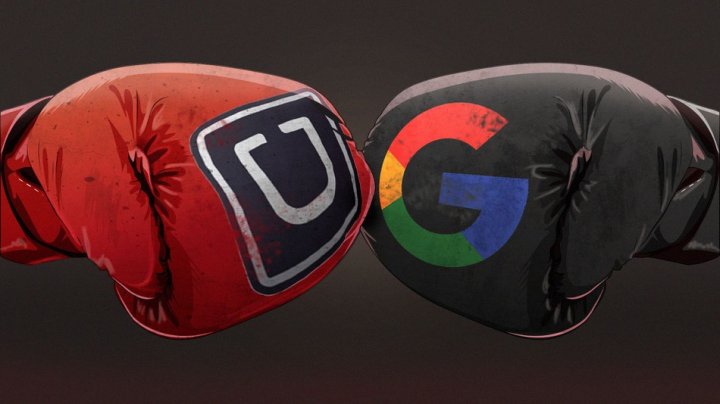 Two of the biggest players in self-drive technology will meet in a San Francisco courtroom on Monday.

Ride-sharing firm Uber is being sued by Waymo, the self-driving company spun out of Google.

Uber is accused of stealing and using trade secrets relating to Lidar (light detection and ranging) - one of the technologies that enables an autonomous car to understand what is happening around it.

While bitter and expensive legal disputes between tech companies are common, it's rare for these tussles to be played out in public and in front of a jury - and that's what we'll see over the next three or so weeks.

At stake is a potential damages payout of hundreds of millions of dollars. Or, perhaps worse, an injunction to halt, or at least hinder, Uber's self-driving research. This would be a big blow to the company, which once said leading the way in self-driving tech was critical to its survival.

Waymo will make its case first, and then it will be up to Uber to defend itself.

The row centres around a man named Anthony Levandowski, a former Google employee considered a leading mind in autonomous research.

He worked on Google's self-driving programme before leaving in January 2016. It is alleged that when he left, he took with him more than 14,000 confidential documents, which were blueprints and other technical information about Lidar.

He then founded Otto, an autonomous trucking company, which after less than a year was acquired by Uber for $680m (£481m). It formed the basis of Uber's self-driving division, and Mr Levandowski was at the helm.

Waymo alleges this whole process was an elaborate charade, and that Uber, specifically then-chief executive Travis Kalanick, was in talks with Mr Levandowski before he left Google.

Otto was merely a front for Uber's plan to pinch their technology, Waymo claims.

Uber denies this version of events, though not entirely. It's not disputing the documents were taken, but insists it didn't gain anything whatsoever from them.

The crucial point Waymo will need to prove is that not only did Uber have the documents, but that it used them to gain an advantage of some kind.