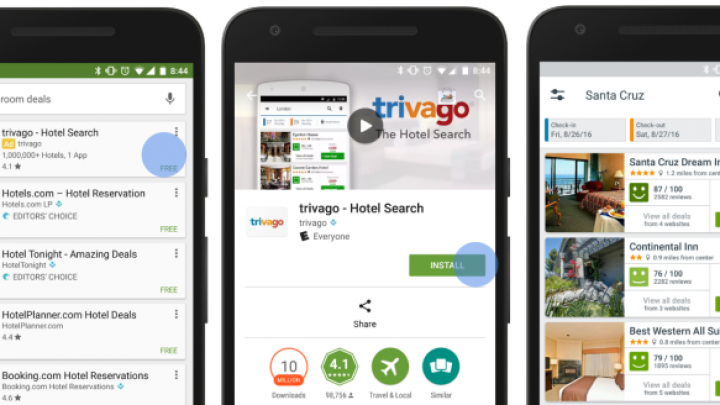 Google is announcing a couple of upgrades to its ad capabilities today as part of the DMEXCO digital media conference in Germany, techcrunch informs.

First up are its Universal App Campaigns, where developers can promote their apps across search, display, Google Play and YouTube advertising. Google says these campaigns have resulted in more than 3 billion app downloads, but earlier this year, it also said developers would be able to target users who are likely to take a specific action (not just installing the app). Now it’s announcing that this targeting option is available to all advertisers.

It’s also announcing a new type of TrueView ad — for YouTube viewers, TrueView is the format that makes ads skippable, while for advertisers it means that they only pay when an ad gets viewed in its entirety or drives a download or purchase. With the new TrueView for action format, advertisers can include a custom call-to-action button — like “Get a quote,” “Book now” or “Sign up” — in their video ad.

Google says this option could be particularly useful for advertisers in “high consideration” industries, like those in financial services, automotive, or travel. It’s going to testing this format for the rest of 2016.