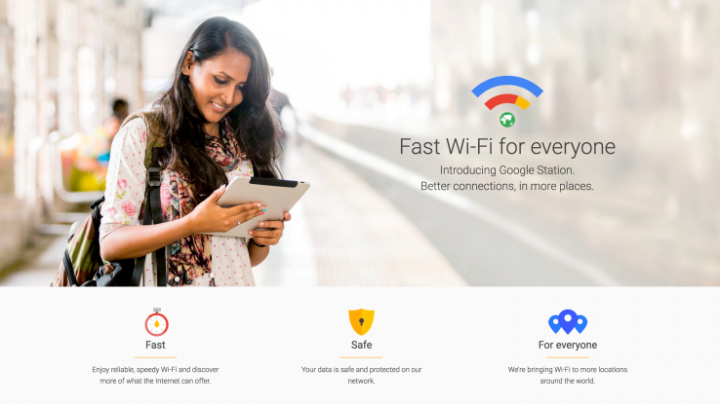 Google today announced a collection of updates that are aimed at helping get ‘the next billion’ internet users in India and emerging markets online. One of the more subtle yet interesting components to that push is the launch of Google Station, a project to enable free public Wi-Fi hotspots, which is now open for new partners, Techcrunch informs.

That strategy kicked off in January of this year when Google introduced free internet on India’s railways through a partnership with state-owned company RailTel that began at Mumbai Central railway station. You might expect free Wi-Fi to be crappy, but those who used it praised the service for being better than many paid-for hotspots across India.

Google, of course, has a vested interest in getting more people online. It makes its money from online advertisers who need an audience, while it benefits from having more people using its services — such as YouTube, which now has a dedicated app for emerging markets — and owning devices running on its Android operating system. Connectivity is the planet’s biggest tech challenge right now, it is the piece of the internet that is missing or broken in many parts of the world where people are coming online for the first time. In India alone, Google estimates that 10,000 people go online for the first time each hour, while in Southeast Asia the figure is 3.8 million per month.

The company made a big push on the free Wi-Fi initiative, and today it revealed that it now covers 50 national stations, providing internet access to 3.5 million people each month. (That’s up from 1.5 million in June.) Google and RailTel are targeting 400 stations nationwide, and, in addition to that, it has now opened the program up to other public organizations.

Google Station is aimed at all manner of public businesses, from malls, to bus stops, city centers, and cafes. And not just those in India, too, Google said.