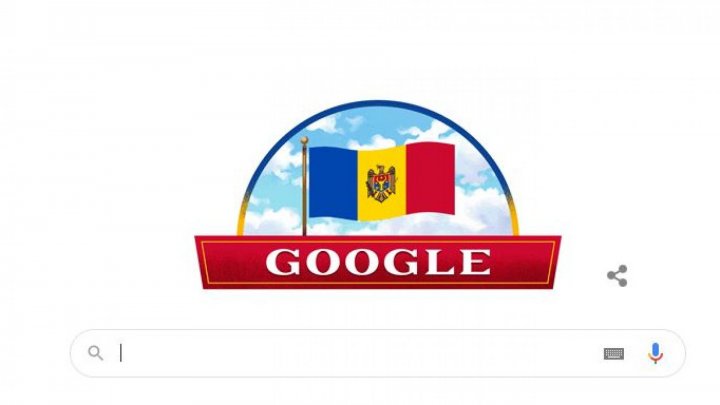 The popular search engine displays the Moldovan flag on the main page. The change is only on the territory of Moldova or on those abroad that have set Moldova in the search engine.

It's not the first time Google has changed its Independence Day interface. In previous years, the flag and the state coat of arms appeared on the home page of the application.

Once we click on the logo, the search engine gives us information about the meaning of Independence Day. The first pages displayed are the text of the declaration of independence, the official program of August 27 and some articles describing Moldova.