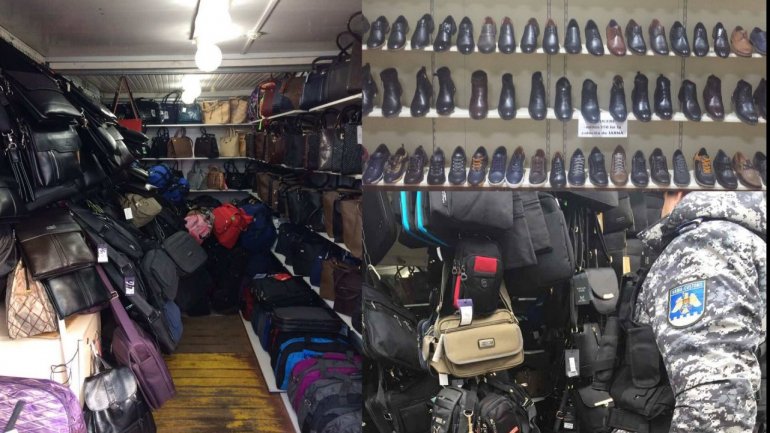 Customs officers jointly with prosecutors have raided eight shopping centers in Chisinau, where smuggled goods were being sold.

The homes of directors were also searched along with two deposits. The operation was conducted in a case initiated in illegal smuggling of goods from Transnistrian region, without customs control.

The criminal activity of the group has been documented over about two months.

Thus, as a result of checks carried out, customs officers have detected several batches of footwear and leather goods, the total value of which amounts to over two million lei.

However, one of the managers was detained for a period of 72 hours, in order to establish the status of other persons involved in the investigation.

The searches will continue in order to establish the full spectrum of the criminal smuggling activity in large proportions, that according to the law, is punishable by imprisonment from 3 to 10 years.

The criminal investigations is exercised by the Prosecutor for Organized Crime Combat and Special Causes.