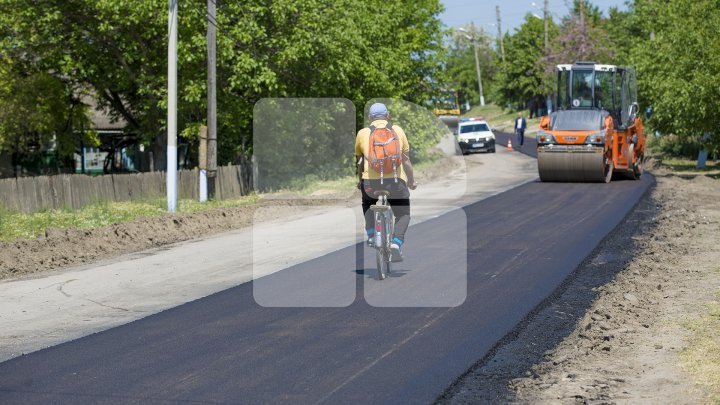 The Good Roads Program for Moldova, launched by the Government, has reached Floreşti district.

20 workers started the renovation of a road in the village of Marculesti. A section of over 700 meters is repaired, costing about one million lei.

Until now, in Floreşti district, renovations have been completed in four localities. 1.2 kilometers in Sevirova, roads in Izvoare, Trifăneşti were repaired.

In total, within the National Program Good Roads for Moldova launched by the Government, over 1,200 kilometers of local roads will be rehabilitated in 1241 localities in the country. The total amount of investments is 1.6 billion lei.