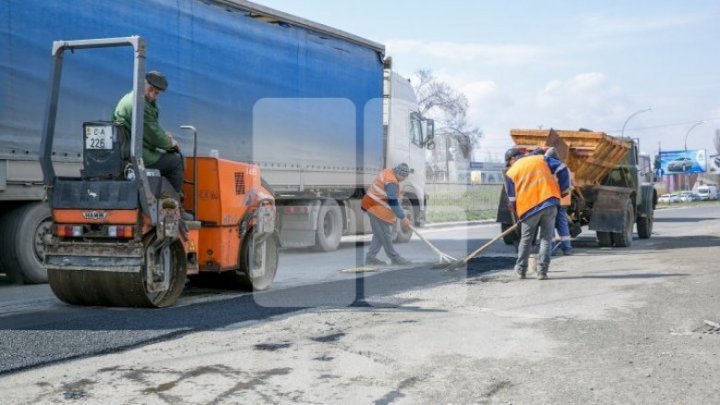 The picture show workers are repairing a road. Initially, the workers lay a 28-centimeter-inch layer of stone and then put an average of 10 centimeters of asphalt. Over a month, signs and road markers will appear.

Local people in Mihailovca are glad to get rid of mud.

"Now the road becomes European road. Before, it was filled by pits or years".

The road from the entrance to the village of Troiţcoe was rehabilitated.

'' The workload on the surface of 3200 square meters was carried out for about three days. It's going to work in all. Towards the end of the day we hope to complete this volume, "said Serghei Sava, site supervisor.

Recently, works have also begun in Selemet. Here a 1.5 km road is repaired and the costs will be 2.5 million lei.

Roads in 36 localities in Cimislia district will be repaired which costs up to 56 million lei.