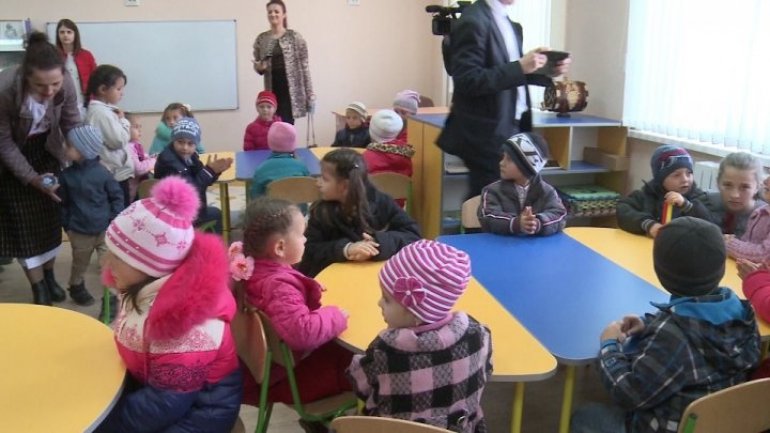 Children from Ruseştii Noi village, Ialoveni district will no longer have to go to kindergarten in nearby localities.

A new block was built in the village kindergarten and the preschool institution could be attended by 200 children, instead of 100 as in the past.

Part of the money for reconstruction was provided by the Dâmboviţa County Council, and the rest was allocated by the Ialoveni rayon.

Until now, children under the age of five were forced to stay at home, because there was priority for children going to school.

At the opening of the new kindergarten from Ruseşti Noi, Minister of Regional Development Vasile Bîtca also visited.

"It is very important that the educational system in the Republic of Moldova, starting from kindergartens and up to the higher institutions, be well-equipped, to be well equipped to have the expected results from our society," said Vasile Bîtca, Minister of Regional Development.

The construction of the new block for the kindergarten in Rusestii Noi cost almost six million lei.