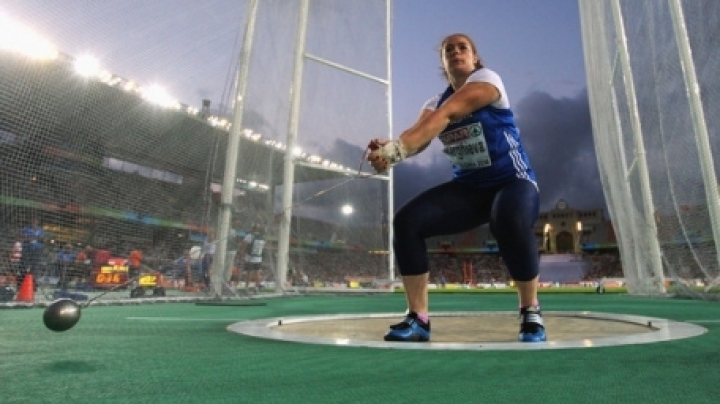 Moldovan athlete, Zalina Marghiev, won the performance of her career at the Olympics. Our athlete was ranked fifth in the hammer throw finals. And Sergei Tarnovschi rower has obtained qualification in the final sample canoe on the 1,000 meters distance.

Moldovan representative in hammer throw, Zalina Marghieva managed to throw the hammer to a 73 meters and 50 centimeters distance.

Marghiev participated three times at the Olympics, and the fifth place is her best performance of his career. At the previous edition of the Olympic Games in London, Zalina Marghiev was ranked eighth.

Another Moldovan athlete, Vladimir Letnicov, failed to qualify for the finals of the triple jump. He was ranked 38th in the qualifications of the total of 48 participants.

Ukrainian rower, representing Moldova, Sergey Tarnovschi was qualified for finals canoe on the distance of a thousand meters.

He performed in the third series of qualifications and was ranked first. Thus, Tarnovschi went straight into the grand final, which will take place on Tuesday.